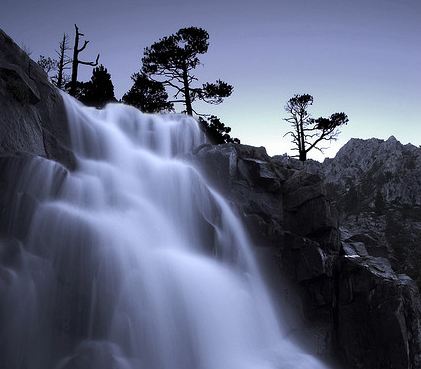 I remember seeing a picture like this in National Geographic when I was a kid. It’s a picture of a waterfall, and a lovely one no doubt, but something strange is going on. Later I learned it was taken with a long exposure so the fast moving water gets this dreamy gauzy veil-like effect. I remember thinking to myself: What in the world is going on here? I’ve never seen a waterfall like that. It’s not a sin for style to trump verisimilitude, but it sure can be confusing if you just want to know what the damn deal is.

Photos and videos of the Northern Lights, the aurora, suffer from the same treatment. There are lots of picture and videos of the aurora, but they are typically brightened and saturated, and the videos are almost always sped up. Or at least I think they are, given that I’ve never actually seen the aurora borealis. What I most want to know is this: what was it really like to be there?

Here is a video that shows you. I like the fact that they show you people and houses in the foreground and then pan around slowly and deliberately. Its the first time I’ve felt like someone was interested in letting me stand next to them, as opposed to expecting applause for their technical skills. Winston Churchill once described a gentleman as someone who knows how to play the bagpipes but refrains. I would say the gentle videographer knows how to use hyperactive jump cuts in the best music-video style… but refrains, choosing instead to offer us a chair and let the heavens speak for themselves.

Dance of the Spirits. Real Time Aurora footage. from Ingenious TV on Vimeo.